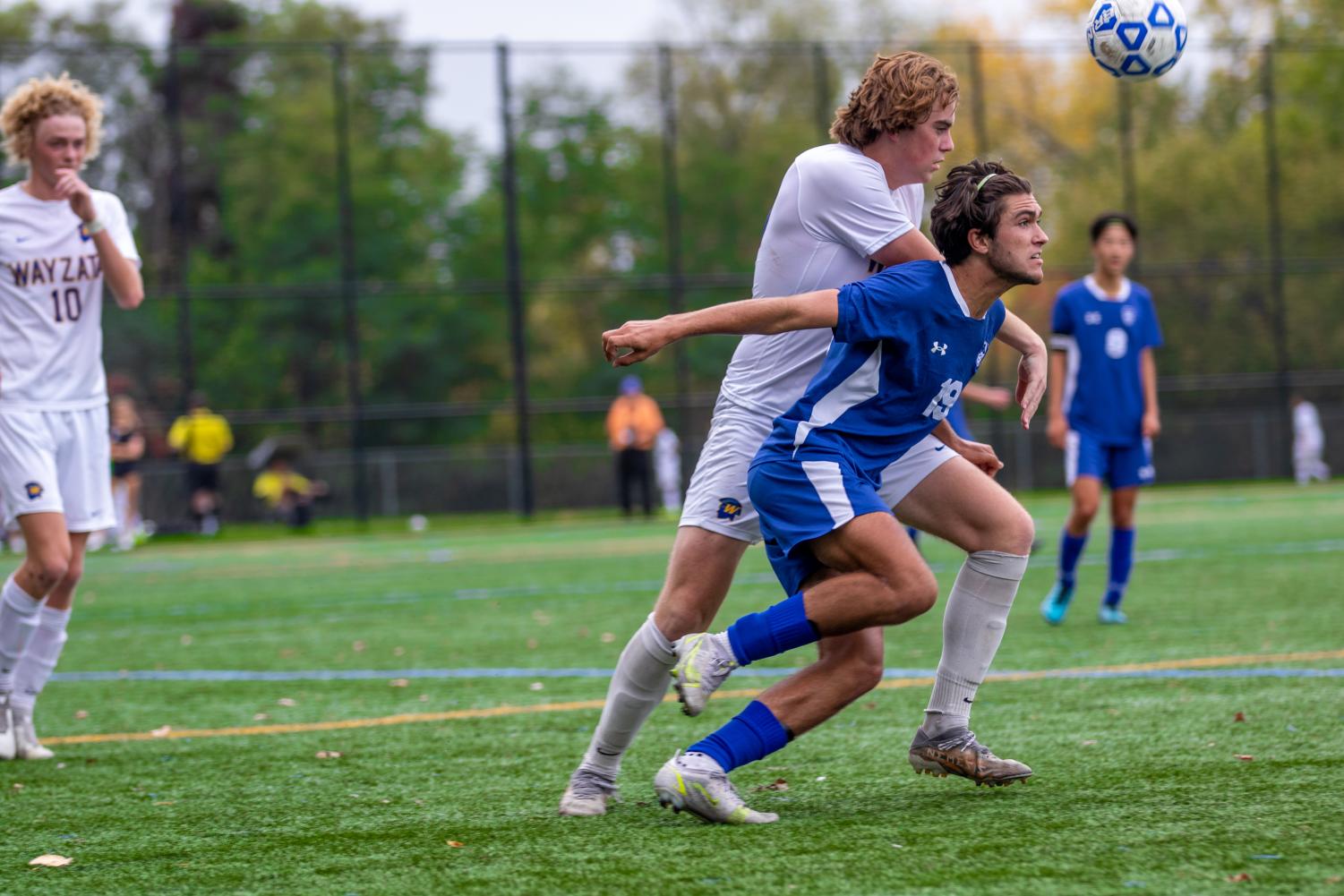 The Umbrella of Youth Soccer

Being a soccer player myself, I know I have a unique routine to get ready for a game. Each and every player has a different routine that sets them up for a competitive game. If they don’t do their routine it will throw them off their game. So I asked my teammates what they do to prepare for a game and I got some interesting answers. I got answers like listening to Disney music and eating cheese sticks. Funny. But I did get answers like listening to rap and techno music to get pumped and hyped  for the game. They said music eases their nerves before the game and gets them in the right mindset to compete which is essential for competitive sports. For nutrition, most of my teammates eat a well balanced meal well before the game. Most of them eat 2-4 hours before the game with a little snack in between. The snack consists of bananas, peanut butter, protein bars, and even candy. Bananas help provide the body with potassium and it is rich in nutrients which will help the body when competing. Peanut butter is high in good fats and calories which will keep you full during games but not sit in your stomach. Candy such as Snickers and Milky Ways have a lot of sugar which will give the players energy to play. What I’ve learned is that it doesn’t matter what you do to get ready for a game. All that matters is if it gets your mind in the right place to be competitive in a game. Most sports psychologists believe that playing sports is 100% mental because our emotions influence our actions. So getting a routine before a game will set you levels above other players mentally.

Soccer cleats have come a long way in the past 30 years. Cleats in the early 1990s were bulky and heavy. They were made of leather and had circular studs which didn’t help with traction. Now Nike, Adidas, and many other soccer companies have been working closely with scientists, engineers and athletes to perfect soccer cleats. Now cleats weigh around 7.09 ounces and are made out of synthetic materials which lower the weight of the cleat. The whole idea of lowering the weight is to eliminate the feeling of your feet being too heavy to run. It helps players run fast and feel more comfortable when running. The studs play an important role in traction and speed as well. Nike and Adidas have special cleats for each position on the field. Even though it is not specifically designed for different positions they each  have characteristics that benefit different roles on the field. Nike have made the boots (another word for soccer cleats) that have angled studs that help players run faster and have better traction on the field. These boots are called Mercurials which most wide players such as Ronaldo and Mbappe who are both lightning quick and need a boot that is optimal for their speed. Adidas’s version of the Mercurials are the X Speedflow worn by Mohammad Salah and Son Heung-Min. Another cleat is the Tiempo made by Nike. It has a leather on the upper of the cleat and has circular but small studs. These studs are optimal for turning quickly and not getting stuck in the ground when pivoting for foot. These boots are great for midfielders and defenders due to the leather and studs. The leather allows the player to have a better touch on the ball. Personally when I wear the Tiempos my touch is better and I strike the ball better than if I wear the Mercurials. Adidas’s version of the Tiempos are the Copas which  have been around for decades and have evolved into a cleat for midfielders as well. Traditionally they were worn mostly by defenders and goalkeepers due to the protection it gave players. Another big evolution soccer cleats have gone through over time is the design of the cleats. Now soccer players want to be flashy and wear colorful and vibrant cleats. They want to stand out and be seen when they play soccer.   In the early 1990s cleats were mainly dull colors such as black, brown, and gray. Now it is really hard to find cleats that are one solid color. Soccer cleats have caught the eye of many youth soccer players who want to be like their idols. Nike and Adidas know this so they raise their prices because they know kids and adults will buy it. Now you can’t go to any youth soccer game without seeing a pair of cleats that a professional soccer player wears. With that being said soccer cleats have drastically changed from the early 1990s and I’m so excited to see how they evolve even further in the future.

Weight training is beneficial for Soccer players. It helps with injury prevention and muscle growth. But you have to train and massage specific muscle groups to see results on the pitch. It is also not just lower body that helps a soccer player on the field. It’s also the core and mind that make a great soccer player. If you can target all of these in the weight room you will be better on the field.

Tom Kay is a coach for the Tonka Fusion Elite 04 soccer team. Here is the interview I had with him:

Q: What got you into coaching?

A: I work for a consulting company called Korn Ferry and I have created strategies for companies to roadmap their products and services to impact their clients. I thought since I coach companies into being successful. I can coach kids to be successful in the sport I love. I’ve played all my life and even college, so I know how kids think and how they act. So far I’ve had an eye opening experience in the past couple of years I have been coaching.

Q: What is your ultimate goal?

A: My ultimate goal is to coach a team to win the Minnesota State Cup. I won the Wisconsin State Cup when I was a kid and I want my players to feel the accomplishment I felt when I won the Cup. It’s so surreal and I just want my players to have that in their memory for the rest of their lives.