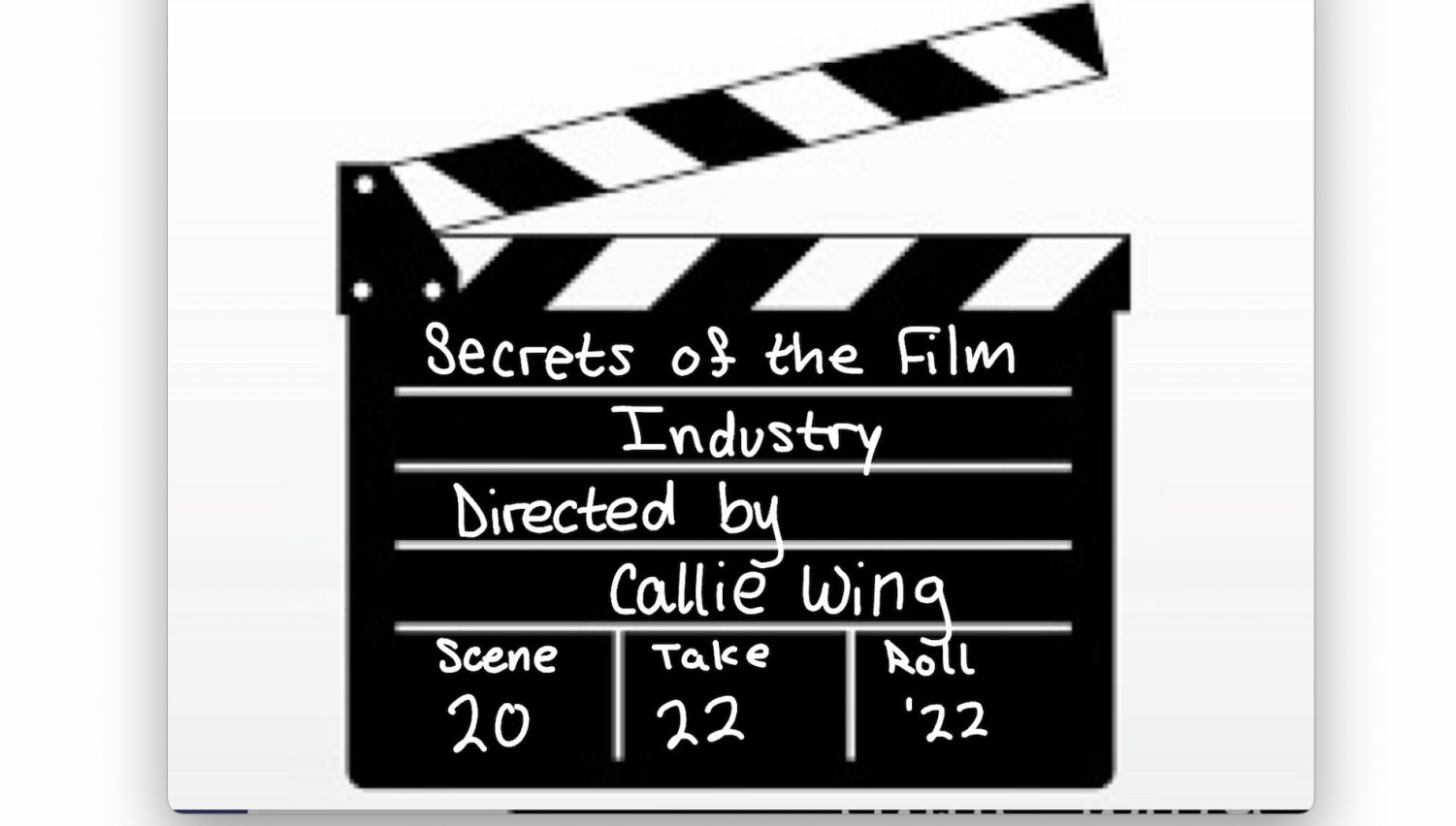 Secrets of the Film Industry

The Stuff No One Thinks About

Connections and friendships are a major asset and resource to use in the film industry and life in general. I was able to utilize my own connections by having some friends who also have experience in the film industry participate in a 10 question survey. Through this, I was able to gather very useful information on different interests and passions, along with being provided with some key highlights I found very impactful.

Q: What is your overall dream/goal you hope to accomplish in this industry?

A: Ella (17) “My goal is fulfillment. It doesn’t have to be something huge just as long as I feel fulfilled. I get fulfillment out

of just doing local work even but I will always keep pushing for more!” Myles (18) “I hope to become successful in my art, whatever that
means. I just want people to see what I’m creating and appreciate it and feel it as I have felt from other actors before.”

Q:What impact do you feel your career has had on your life? Positive or negative.

A: Mariam (16) “Positive: let me know that keeping consistent and setting my mind to things truly does pay off.” Myles (18) “A mix of both honestly. I just take everything positive or negative as a learning opportunity, and once you do that, nothing really becomes negative. Just another step in the process.”

Working in the film industry is a different experience for everyone. No matter how old you are, what you look like or what connections you have, from getting to started to working consistently, I have found that everyone’s stories are completely different and the only thing they have in common is a passion for what they do.

From formal interviews to asking friends, I have been able to gather many different perspectives and stories from a variety of different people.  When it comes to how they got started, Mr. Oberstar always enjoyed playing around with film, then proceeded to win a film contest, and got a call that led to an internship, and later got him started on his career. Unlike the unexpected career that was made for Mr. Oberstar, Mr. Campbell knew he wanted to act, and struggled for years to get a career going after receiving his degree in theater, he eventually was signed by an agency and manager after a long journey to get to LA, which led to the series of events that helped him become the successful actor he is today.

While surveying my friends who are all between the ages of 16 and 21 years old, and are all in the beginning stages of the careers they hope for, I found one commonality within all of these stories is they were aware they wanted to be in the film industry from a young age. All by the age of 7, my friends, Mariam, Ella, Myles and Julia, all knew they either wanted to act or direct, and officially started pursuing these dreams by the age of 14.

Despite the many hardships that come with working in the film industry, if you want to pursue it more than anything, and are willing to truly work for it, with the right opportunities and help from connections made along the way, eventually, you will become accomplished one way or another.  Even if you do not end up succeeding in the way you originally hoped, the thing about the film industry is that success comes in many different ways with different goals, and fulfilling those goals for yourself is how you become successful.

When asked what motivates you to work hard when things get difficult, everyone had similar answers which fell in the area of Julia’s response,“The knowledge that I am exactly where I am supposed to be.” Even while pursuing there passions and doing what they love, a common area of response when asked what you feel the biggest struggle about working in the industry is, fell in the area of self doubt and anxiety. This topic was touched on while interviewing Mr. Campbell, who said how nothing, especially in acting, should be taken too personally, because for example, “if you don’t get a part or a role, there’s a huge chance it had nothing to do with you.” Myles’s response also mentioned shaken confidence, while stating how he feels the biggest struggle is “The waiting game no one tells you about. After an audition, or filming or really anything in the industry, there’s just a lot of waiting which can get really nerve racking and create and create some anxiety about your own performance.”

Larry Joe Campbell: Mr. Campbell is a very successful actor in the film industry, and has experiences from a very wide range of projects. From pilots, to guest stars to movies, I was grateful to be able to connect with him and hear about how he got started and how it impacted his life.

“And that’s the other thing in this business, in any art really, it’s where are you with your confidence.

That’s probably everything. And I’ve learned… the hard lesson is… you really have to keep betting on you. Right.”

Tony Oberstar: Mr. Oberstar has made a successful career for himself in the film industry that started out as a passion for video production. Mr. Oberstar has had many opportunities to travel all over the world and meet well known people, along with creating a number of successful short films and movies. I was very excited to be able to meet him and hear stories from his variety of experiences. I

Oberstar: “What was the original part of this question I had another tangent to go off of?”

Callie: “What motivates you to keep working when things get difficult?”

Oberstar: “Right, It’s always just fun creating. And I love just holding a camera. So like that’s what really gets it through but when you’re in the editing room and it’s all put together…oh my gosh like it actually looks great like you can turn nothing into something, that’s probably…”