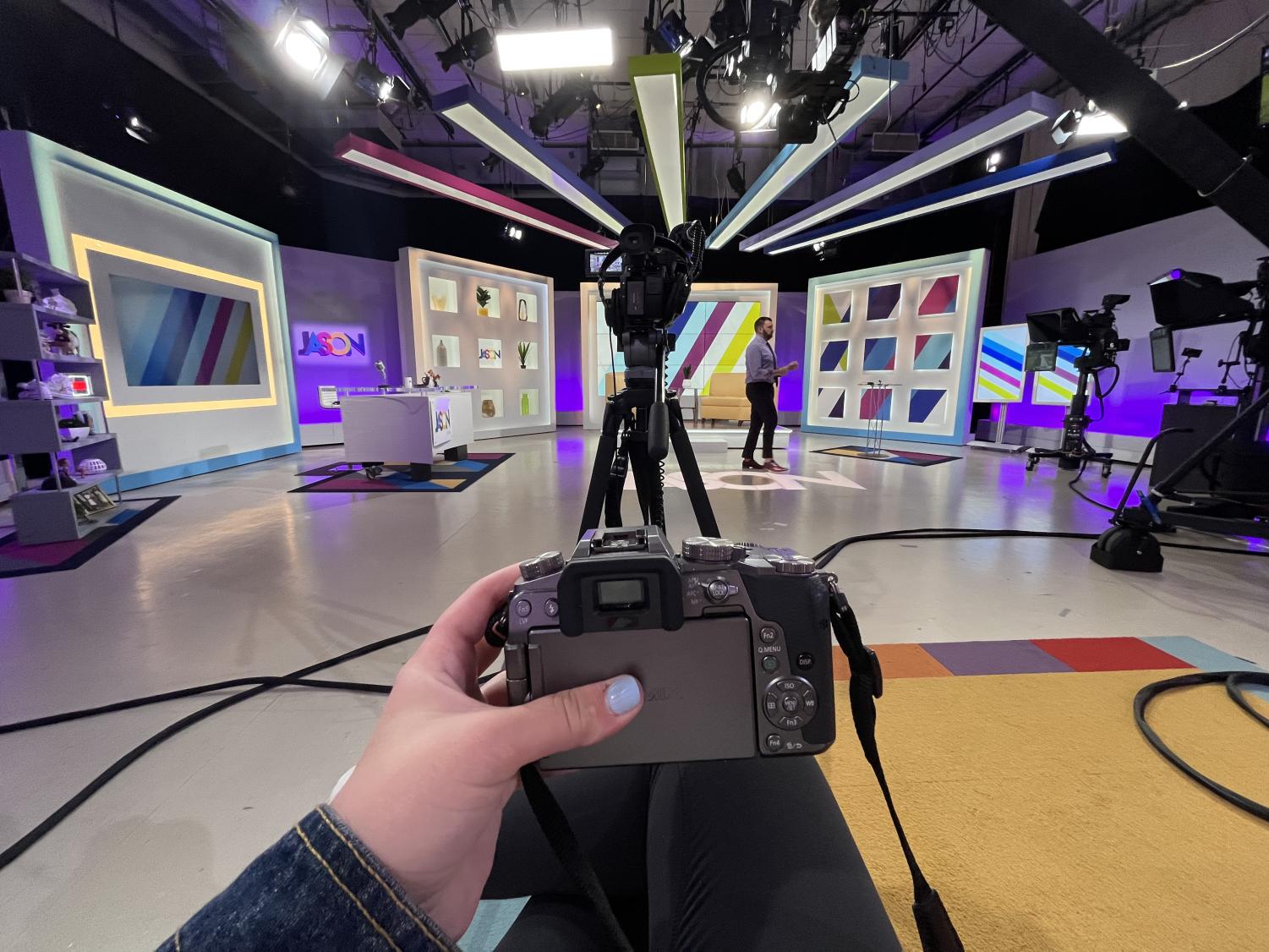 Jason Matheson at “The Jason Show” studio while on a commercial break. (Hannah Seeman)

Jason Matheson at “The Jason Show” studio while on a commercial break.

This video follows Jason Matheson around for a day to see what he does behind the scenes of myTalk 107.1 and The Jason Show.

Lavender is a print and online magazine created for the LGBTQ+ community about current trends in the Twin Cities area. Although Lavender focuses mostly on pop culture and events in the LGBTQ+ community, it also has been a platform for much bigger issues; Lavender’s CEO and founder, Stephen Rocheford, has prioritized highlighting these issues throughout his career.

Rocheford knew from the beginning that Lavender had to be a magazine, not a newspaper, despite his teams’ expectations. As early as 1995, Rocheford foresaw competition with CNN and the internet; he knew a magazine could reach an untapped market. Although no one shared his vision, they decided to support the idea of the magazine, and two years later, Lavender launched a website to accompany the printed magazine. Their website helped them reach an even bigger, and younger, audience. They once had a 15 year old girl write in to say that she was going to harm herself but found an organization on their website that ended up saving her.

“To tell you the truth, I exploded. I got very angry. And then I thought about what I was going to do,” Rocheford said.

Rocheford ended up releasing multiple Lavender issues attacking the Democrats for the lack of support and action on legalizing same sex marragie. This angered many of the elected officials who implored him to stop. Rocheford continued to publish embarrassing articles; to this day, some of the officials still do not like him.

“I don’t live by what other people think of me,” Rocheford said, “I don’t care. I did what I thought was in best interest for the gay community.”

He ended up winning that fight because six months later, the bill was passed.

Another one of Lavender’s biggest accomplishments was running the first ads for army recruitment of LGBTQ+ members in the United States.

“They got so many recruits from Lavender magazine,” Rocheford said, “they set a new record.” He also noted that Minnesota was the only state to reach their recruitment goal in the year after the ads ran.

Rocheford has been with Lavender since the beginning and has played a major role in its biggest accomplishments and will continue to help make a lasting impact on the magazine and its readers.

The Twin Cities Pride Festival is an event in June for LGBTQ+ members and allies to come together and celebrate their identity. The values of the festival are transparency, inclusion, education, and respect to better the community and the PRIDE organization. The event is always free and there are always vendors, food, alcohol, and music that are all run/owned by local BIPOC and LGBTQ+ members. This year, the festival is celebrating its 50th anniversary! Twin Cities Pride always wants their events to be accessible to all, so they have ASL booths, an autism tent, wheelchair renting, and more.

Although the Twin Cities Pride Festival is their most popular event, the organization hosts other opportunities throughout the year, like a family fun day, cookouts, 5Ks and so much more. They have volunteer opportunities, ways to donate, and large corporate sponsors, like Target and US Bank.

The Pride Festival continues to gain attendees over the last 50 years. It started in 1972 when 100 students came to remember the Stonewall Riots of 1969 and this year, it being the 50th anniversary and COVID coming to end, they’re expecting over 300,000 people.

The Twin Cities Pride Festival is an awesome way for LGBTQ+ community members to come together and be themselves.

Q & A with Lee Valsvik

I had the wonderful opportunity to sit down with Lee Valsvik who works at both KARE 11 and KOOL 108 to talk about how being a part of the LGBTQ+ affects, or in some cases, does not affect a career in media.

Q: How has being a part of the LGBTQ+ community affected your career?

A: I’ve been a part of the community, out and about, but I have not made it a big part of my on air persona. Not that I’m hiding everything because everybody knows, I never really hid anything, but it hasn’t affected my career, bad or good.

A: I was comfortable. I always felt like I could have been more open or more out on the air, but I never had that need to go on the air and [tell everyone.] Some people have to go and make that announcement and it’s a thing that they want off their chest. A lot of people find out that it’s not as bad as everyone thought it was gonna be. A lot of people may get backlash over it.

Q: Is there anything else you would like to add?

A: Just be good. And just get along with people. And don’t judge people. I think we just have to learn not to judge as much and know that everybody’s got a story. I’m lucky, I’m very lucky, but I know not everyone has that story.

Lee Valsvik continues to feel welcomed in her environment and although she tends to keep the topics light on the air, she will always feel proud of her community and support its triumphs and struggles.